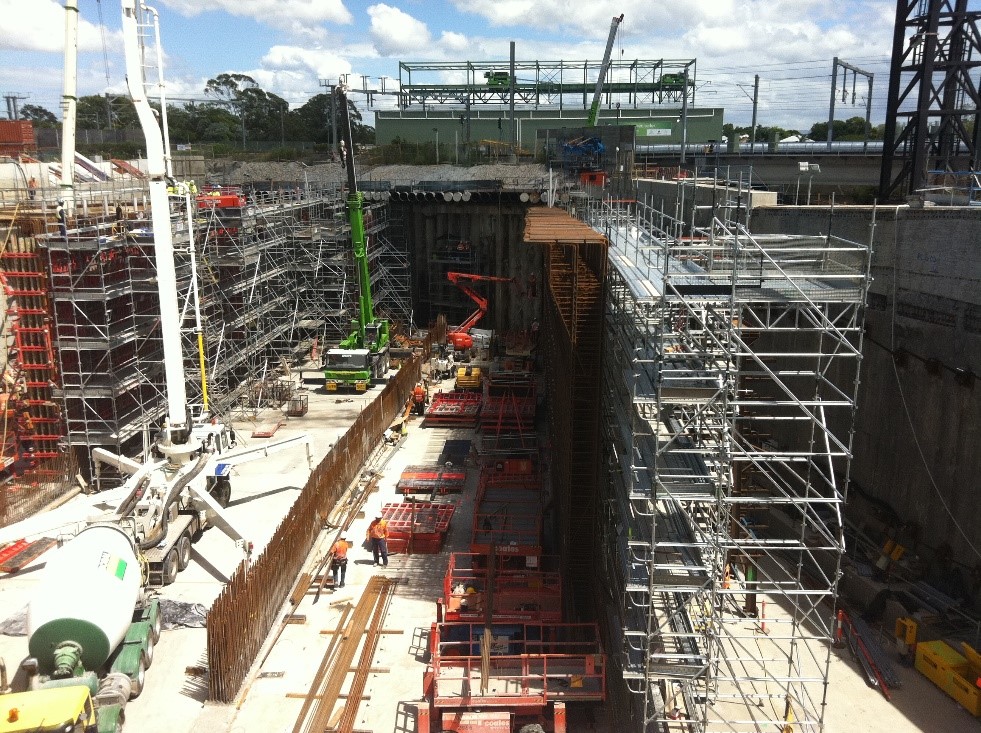 Onsite and prefab Steelfixing of the TBM launch slabs at Toombul.

Jacking Box base slab: with the slab design being a closed lig, it was nearly impossible to get access to install the B2 layer of reo.

Jacking block outs were also pre-fabed in the cage. This was completed with approval of the client to enable 65% of the components to be pre-fabed offsite in Coastal’s prefab facility.

Pre-fabed components were then trucked to site and installed by Coastal’s onsite steelfixing team.

The components were pre-fabed offsite in advance which resulted in quicker pour completions, eliminating access issues and improving program with less onsite personnel.

Off-site works involved multiple jigs to prefab components that were then combined on a master jig for welding off for site pre-delivery.

Jacking Box Slab & permanent Road slabs: Coastal Steelfixing reconfigured the Shear ties for all slabs. The shear ties were impossible to install and gave no safe access for personnel.

The shear ties were trucked to site and installed by Coastal’s onsite Steelfixers.

Jigs were designed and built by Coastal.

Jacking Box Walls: The Jacking box walls were made up off heavy N40-N32 bar in multiple layers vertically that had large cranks turning in at the top. With the multiple layers of reo and the weight of the walls an insitu or full prefab were not an option.

We pre-fabed the walls into multiple columns offsite and installed them with Coastal’s Onsite team of steelfixers.

The columns were locked off in position. The next challenge was to install the N36 horizontals between the layers of verticals.

The site provided reo racks that horizontal bars could be stacked on up to 10m.

With the amount of reo there was an issue trying to feed 100kg+ bars with less than 100mm gaps between verticals. Coastal designed specialised winches that pulled the bars through the layers of verticals.